Polimi with a View – ViVi Projects.Polimi and Renzo Piano

Last Monday during the Academic Senate, the reorganization project for the Polytechnic campuses was presented. The works will be quite complex and will redesign the Campus of Città Studi,as well as redefine the La Masa campus. Specifically, these are two macro projects: the project nicknamed "Renzo Piano" and the work carried out by the _Prorettore Emilio Faroldi _con the ViVi project.Polymes.

Let's analyze them both in detail, starting from the first.

The works on the Bonardi campus aim to improve the quality of the spaces and started from sketches donated by Renzo Piano(http://cm.alumni.polimi.it/news/un-nuovo-look-per-il-campus-divia-bonardi/). 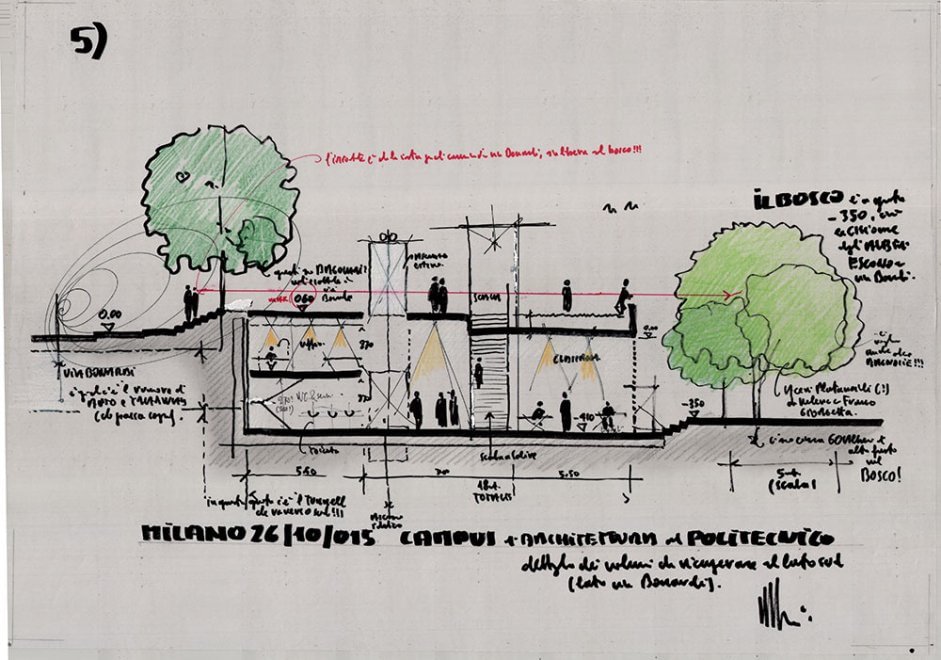 They will officially begin in June 2018,with the construction of the buildings.

The first planned interventions will be the demolition of the Officina mauro (former Mathematics Library) in June and of the tender (building located behind Trifoglio) where the air conditioning machinery will be installed in the basement. The submarinewill then be demolished, to begin construction of the new building B in October.

Where there was the tender, fire stairs will be installed for the Clover, of which all the classrooms will be redone except one (which will still be restored and wired), to bring them up to standard. The entire building will be adapted and will therefore remain closed for the entire next academic year.On the -1 floor, where the ABC dipardimento is located, a new classroom and a study room will be created.

In June, the Nave facades and windows (north side) will begin to be arranged and the arrangement of the building 12 entro_ the end of November 2018 will be completed.

Therefore the new buildings that will be built are:

Finally, trees will be planted where the clearing between Clover and Nave is now located. Due to the construction site, all accesses and pedestrian paths will be reviewed, the works will be completed by the year 2020.

In addition, the ViVi project was presented.Polimi , which seeks to improve the existing spaces in the campuses of Città Studi and La Masa.

Leonardo is expected to make some interventions, of which the first three are already well outlined:

On the La Masa campus, on the other hand, it is planned to create:

The interventions are certainly quite invasive, but we are happy that the administration has taken steps to solve and propose so many solutions and improvements. We hope that the new Polytechnic that awaits us can repay the wait and patience that will require us in the coming months. If anyone wants more details or view some specific document, please contact us.